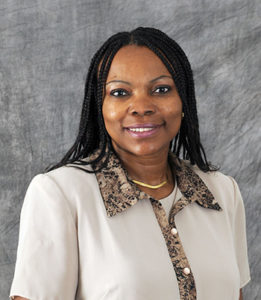 Dr. Francisca Oboh-Ikuenobe, professor of geology and geophysics, has been named a fellow of the American Association for the Advancement of Science (AAAS). She receives the recognition for her contributions to the advancement of palynology — the study of organic-walled microfossils such as pollen and spores — and her outstanding efforts in educating the next generation of Earth scientists.

Oboh-Ikuenobe has served Missouri S&T for more than 25 years, joining the faculty in 1991. She has served as program head of geology and geophysics and interim chair of the geosciences and geological and petroleum engineering department. Her research also focuses on sedimentology and paleontology as well as palynology.

This year’s nearly 400 AAAS fellows were formally announced in the AAAS News & Notes section of the journal Science on Nov. 24. New fellows will also be recognized during the organization’s 2018 annual meeting in Austin, Texas, in February.