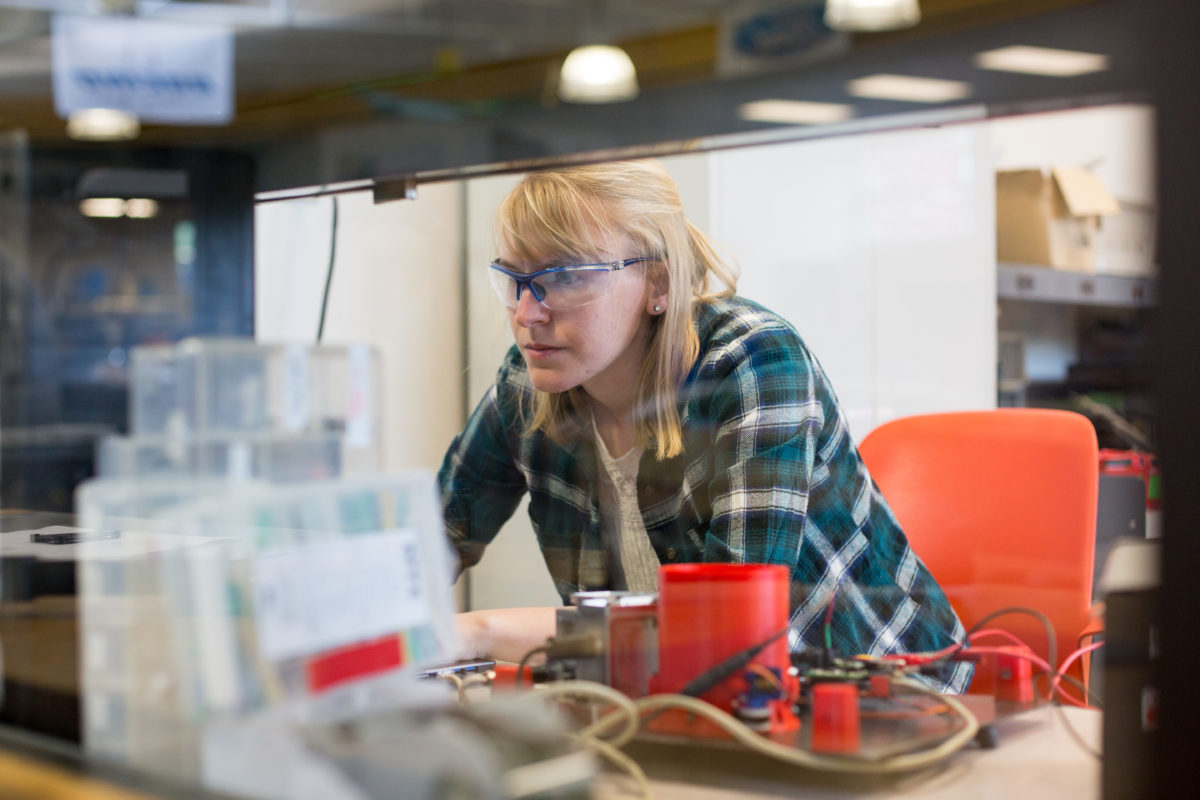 Katelyn R. Brinker, a graduate student in electrical and computer engineering, is co-winner of the Alton B. Zerby and Carl T. Koerner Outstanding Student Award from the Institute of Electrical and Electronics Engineers honor society, Eta Kappa Nu (IEEE-HKN). The award recognizes academic excellence, character and service and has been won by S&T students six times in its 52-year history.

Brinker graduated from S&T in May with dual bachelor degrees in electrical and computer engineering. She is now a graduate student working with Dr. Reza Zoughi, who was also her undergraduate advisor. Zoughi is the Schlumberger Distinguished Professor of Electrical and Computer Engineering.

On November 7, 2017. Posted in Accomplishments