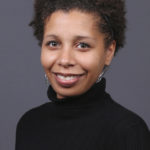 As part of the organizational changes that began July 1, the student diversity, outreach and women’s programs (SDOWP) now reports to S&T’s chief diversity officer instead of enrollment management. To better reflect the department’s mission, it has been renamed Student Diversity Initiatives. The home for this department will be S&T’s Diversity House, located at 605 W. 11th  Street. The brick house was formerly named Student Diversity, Outreach and Women’s Programs.

The department’s mission is to foster diversity and inclusion in the S&T community by providing a welcoming climate for all students. This department aims to support underrepresented, first-generation and low-income students from all walks of life through programming, retention and mentoring initiatives. 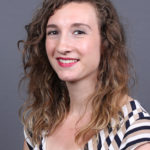 Anitra Rivera has been named director of the department, effective Sept. 1. She formerly served as director of special projects for human resources, equity and inclusion. (The HREI division was eliminated in the reorganization process; HR services moved to the Division of Finance and Operations, and equity and inclusion programs are now overseen by the chief diversity officer, as previously noted.)

The office support assistants formerly in SDOWP are reassigned to enrollment management but will continue to work closely with the student diversity initiatives staff and will remain specialists in diversity recruitment.

Cady Holmes-Muskovin has been named interim director of Equity and Title IX. Her appointment became effective Aug. 1. She previously served as a compliance specialist.